As for the origin, Tozawahana Kocho Kabuki is not sure, but it is said that there is history that is about the same as Yamairagawa Kabuki handed down in adjacent Yamairagawa district for approximately 300 years, and thing in Edo in the latter half 1844 (Koka 1) is included in existing script.
As for the Tozawahana Kocho Kabuki, simplicity is characteristic.
It is also called "memorial service Kabuki" cheering up ancestral ghost in the Bon Festival and is played every year on August 16. 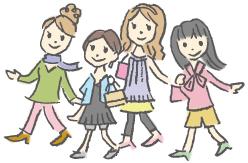